What does Donald Trump have to do with Germany you ask?

In 1789, the Founding Father, Benjamin Franklin wrote, “In this world, nothing can be said to be certain, except death and taxes.” However, if he’d been able to look into the future, he could have added ‘interest in US Presidential elections’ to that list. Whatever your politics or nationality, there’s little doubt that November 2020 will be dominated by one news story: who will be chosen to lead the most powerful nation on Earth?

For those of us in Germany, this event also holds extra significance. Did you know that if it hadn’t been for a certain German law, Mr. Trump wouldn’t be standing for re-election at all?

The Roots of Donald Trump

Like an estimated 15% of Americans, Mr. Trump has German ancestry. His paternal grandparents came from a village called ‘Kallstadt’, approximately 20 km west of Mannheim in Rhineland-Palatinate. For a time, the Trump family did claim to be of Swedish descent, but this was chiefly due to strong anti-German sentiments following the two World Wars. Indeed, it was for similar reasons that the British Royal family changed the name of their House from ‘Saxe-Coburg-Gotha’ to ‘Windsor’, German Shepherd dogs were renamed ‘Alsatians’, and even sauerkraut became known as ‘liberty cabbage’.

Kallstadt itself encompasses a relatively small area, with only about 1200 people residing there today. Aside from the connection to the 45th US President, it’s mainly known for being the ancestral home of the ‘Heinz’ family (producers of baked beans and ketchup), whom Mr. Trump also happens to be related to. It was because of a lack of local prospects that Trump’s grandfather decided to emigrate to the States in 1885.

I must just mention here that there has been a certain amount of confusion about the ‘Trump’ name. A few years ago, a rumor circulated that Trump’s surname was originally ‘Drumpf’, which many people found highly amusing. However, this isn’t strictly true. There have been several variations of the name throughout history, including ‘Drumpf’, ‘Drom’, ‘Tromb’, and ‘Trum’. The German dialect may have played a part here, as ‘T’s and ‘D’s are often pronounced interchangeably in Rhineland-Palatinate. Trump’s grandfather’s name was recorded as ‘Friedrich Trumpf’ when he first entered the USA, and later anglicized to ‘Frederick Trump’ when he acquired American citizenship in 1892.

Career, marriage, and return to Kallstadt

Friedrich initially lodged with his sister, Katharina and her husband, who were already living in Lower Manhattan. He found work as a barber in New York City, where he remained for the next six years. Then, in the early 1890s, he used his savings to head out to Washington State, seeking his fortune.

Luckily for him, the Klondike Gold Rush occurred not long thereafter. Friedrich used the massive influx of prospectors to his advantage by setting up various establishments to cater for those who hoped to find gold and precious minerals. These included boarding houses, restaurants, and even bordellos.

It all turned out to be hugely profitable and made Friedrich a very wealthy man. In about 1901, he paid a home visit to Kallstadt, where he met and fell in love with Elisabeth Christ, the daughter of his former neighbor. The couple married the following year, before returning to New York, where Friedrich managed various hotels and restaurants.

However, life in the ‘Big Apple’ proved to be a bit overwhelming for a small-town girl like Elisabeth. She became extremely homesick and eventually persuaded her husband to move back to Germany. This they did, and our story might have ended there, had it not been for an odd twist of fate.

At the time, Kallstadt fell under the jurisdiction of the Kingdom of Bavaria, which had passed a new law in Friedrich’s absence. The problem was that Friedrich had originally departed for America at the age of 16 and when the authorities discovered this, they accused him of doing so in order to avoid military service. Under Bavarian law, anyone caught ‘draft-dodging’ was to be stripped off their German citizenship and deported.

Friedrich did his best to challenge this decision but to no avail. Having little choice in the matter, the family boarded a ship back to the States in June 1905 – by which point, Elisabeth was already pregnant with Trump’s father, Fred.

Despite their disappointment, the Trumps continued to prosper. Friedrich died suddenly in 1918 after contracting an illness, believed to be the Spanish flu. Remarkably for that time, Elisabeth then took up the reins and successfully ran the family real-estate business ‘E. Trump & Sons’, which subsequently evolved into ‘The Trump Organization’ that we know today.

And the rest, as they say, is history. Nevertheless, it is interesting to ponder the wider ramifications of the Bavarian ruling. Had Mr. Trump’s grandparents not been expelled from Germany, then it’s unlikely that his father, Fred would have met his Scottish-born mother, Mary Anne MacLeod. In turn, this means that Mr. Trump wouldn’t have been born and certainly wouldn’t have ended up as President.

Regardless of what you think of his politics, it’s quite a ‘Sliding Doors’ moment. A stunning example of how one small incident can change the course of history.

For all you history buffs out there, you might enjoy a few of our other posts as well: 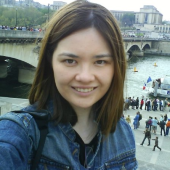 UK-born Elizabeth grew up in an Anglo-Chinese family, studied Modern Languages and Linguistics at university, and moved to Germany in the early 2000s, where she has worked variously as a teacher, paralegal, and freelance translator. Outside of work, her main interest is genealogy, especially as it relates to researching the lives of soldiers who served in the First World War. As an aspiring writer, she hopes to publish their stories one day.

3 Benefits of Attending an International School in Düsseldorf

The Best Way to Learn German is to Speak German | Chatterbug