What do you mean by alternative parties you ask? I’ve weathered three Karnevals now, some more intensely than others, and I am familiar with the mixed reactions from folks. Some people love to jump into the schlager filled streets of the Altstadt, littered with beer bottles, Altbier, and angeheitete masses, others want to avoid it at all costs.

And then there are people like me, who want the best of both worlds. I’ll enjoy a dip into the Kö and watch the parades filled with giant Merkel heads and Donald Trumps in various compromising positions, and slip into the nearby Irish pubs for a Guinness while “Schatzi schick mir ein Foto” plays on endless repeat… but eventually, we search for something a bit less… wild… and a bit less intense.

The idea of “alternatives parties during Karneval” is probably a paradox, as someone who was quick to inform me pointed out:

That may be true, but “a party that doesn’t necessarily play Schlager music, but takes place during the Karneval period where you can wear colorful costumes and pop in or out during the general festivities as you like,” doesn’t quite roll off the tongue, so alternative parties to celebrate Karneval will have to do.

So without further ado, I’ve put together a list of some alternative parties to celebrate Karneval

Including some outside of the Altstadt – for those looking for a different variety of options this year at Karneval. The events are sorted by day for your convenience.

Kassette is a local Oberbilk bar with a funky chill vibe, though perhaps less on the chill-side during its Karneval parties, which can get quite packed. The main DJ plays all vinyl, covering everything from rock’n’roll, soul, indie, pop, hip-hop, and reggae, though the event promises “other absurdities” too.

Even though it’s not an “official” Karneval event, costumes are welcomed, and last time I went, everyone was dressed to impress. As a bonus, they mix up some decent cocktails and even serve a small mix of craft beers to boot!

Strictly speaking not a Karneval day, especially as Take Me Out happens on a regular basis anyway, but by happening to fall right between Altweiber Donnerstag and Samstag, it works as yet another alternative avenue. Take Me Out dishes out a regular lineup of solid mid-2000’s indie hits, covering everything from The Strokes, White Stripes, Libertines, Franz Ferdinand, Bloc Party, and the Arctic Monkeys, to Arcade Fire, the Thermals and Interpol.

The event page doesn’t specify an entry fee, but last time I went to Cube I paid about 3 EUR (for a different event), so just in case, be prepared to fork out a couple of euros.

Anyone who’s spent enough time in Düsseldorf (and perhaps Germany in general), has probably been to a few “building parties”, where, by some miracle, the inhabitants of an entire apartment building join together (or consent) to some sort of building-wide party. Psychoaktiver (normally held in its building in Flingern) is one such stalwart of that legacy, but for Karneval, they’ve upgraded to hosting a party at the infamous Salon Des Amateurs bar near the Altstadt.

Despite the name, the vibe is usually chill – but the music has always been pumping, just like you’d expect from an oversized house party. Music is more on the “techno-side” of things with a dash of experimental – if you’ve been to Salon before, you’ll probably know what to expect.

Warning: the last few parties (in the building) were so popular that it got full very fast. If you want to go, go early. Like, just before it opens.

If you are craving a schalgerless experience but Psychoaktiver looks a little too alternative, the Kostum Party at Boui Boui Bilk taking place the same day will probably hit the spot. Judging from the name alone, Karneval style cosplay shenanigans are welcomed, but the music is touted to be an accessible mix of rock, pop, alternative & hip-hop.

Drinks are on the cheap-side: beer 2 Euros and long drinks 4 Euro all night long, apparently, but there is an entry fee of 11 Euro, though, and it’s not unlikely for it to sell out before the event day arrives, so best to book early.

Where: Holy Craft Beer Store, Friedrichstraße 79, Friedrichstadt
When: Rosenmontag, Feb 12,  from 11:11–20:11
Entry: appears to be outdoors, unlikely to have a fee

The craft beer scene in Düsseldorf was almost non-existent a few years ago, but this is rapidly changing. Even though they have a bar in the Altstadt, this event is wisely located away from the hustle and bustle of Karneval and instead near their store in Friedrichstadt.

The event promises to deliver “delicious craft beer in one hand and a curry sausage in the other”, which isn’t the combination I’d normally think of with craft beer, but just go with it. Most interestingly, they offer Glühbier, made from mulling the Belgian cherry beer Kriek, and it works really well, and not overly sweet – definitely try a drop.

The oddly specific starting time isn’t a feature of German precision, but rather has something to do with Karneval tradition!

Whether you are into the schlager or not, you are now equipped with a mix of alternative parties you can generally come and go where you please, sampling the smorgasbord of delights, cheesy or otherwise parties, that the Karneval season offers.

Of course, these are just a handful of parties that I just happened to know about. I’m sure there are tons of others, so feel free to mention any more in the comments, on Facebook, etc!

PS: The header image was taken at an awesome event in the city called the Tunte Lauf.

Are there any other alternative parties you would suggest going to celebrate Karneval at? 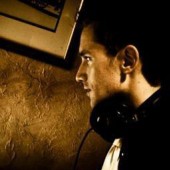 James has been living in Düsseldorf for 1.5 years working as a freelance legal consultant but is also a DJ, photographer, and writer. He started out as an event manager in Tokyo in 2005, before moving back to Melbourne to study law, then studied abroad in China and Gothenburg. He’s now happily based in Düsseldorf, known for making his ol’ fashioned fried chicken and recommending the perfect craft beer.

The Ultimate Guide to Japan Day in Düsseldorf

A Guide to The Düsseldorf Christmas Markets

Cut Your Own Christmas Tree at these 6 Spots Around Düsseldorf